Phi Phi Islands group has been drawing visitors from all four corners pf the globe for over a decade. The Phi Phi Islands group are one of Southeast Asia’s most striking destinations. Verdant limestone hills rising out of turquoise waters are the first impression that Ton Sai Bay in Ko Phi Phi Don, the main island, gives to newly-arrived travelers.

Racha Yai offers some of the best local year around dive-sites but the visibility varies as to the season. On the north end of the island are two beautiful little bays Homerun Bay and Siam Bay famous for their deep clear water and colorful coral formations. Both of them have almost swimming pool features as they gradually drop to a depth of 20-25 metres onto a sandy seabed, providing many opportunities for both snorkeling and scuba diving. The best diving is off the east coast at Bay 1 to 5. The current allows a gentle drift dive along a sloping rocky face that is covered with an amazing array of hard corals and the nutrient rich water draws large schools of tropical fish. Around Racha Yai, some large rays have been seen. Leopard sharks and just recently Blacktip reef sharks have made an appearance again.

Racha Noi, just 50 minutes south of Racha Yai, has several dive sites around this small island. With greater depths at some locations exceeding 80 metres and frequent stronger currents, it is a popular dive-site for experienced divers to explore. Although some bays are also very ideal for beginners. Racha Noi has become famous for its resident manta rays at several dive sites Manta sightings are the best from December to April, when ocean currents and winds create the ideal feeding and cleaning grounds for these majestic animals. 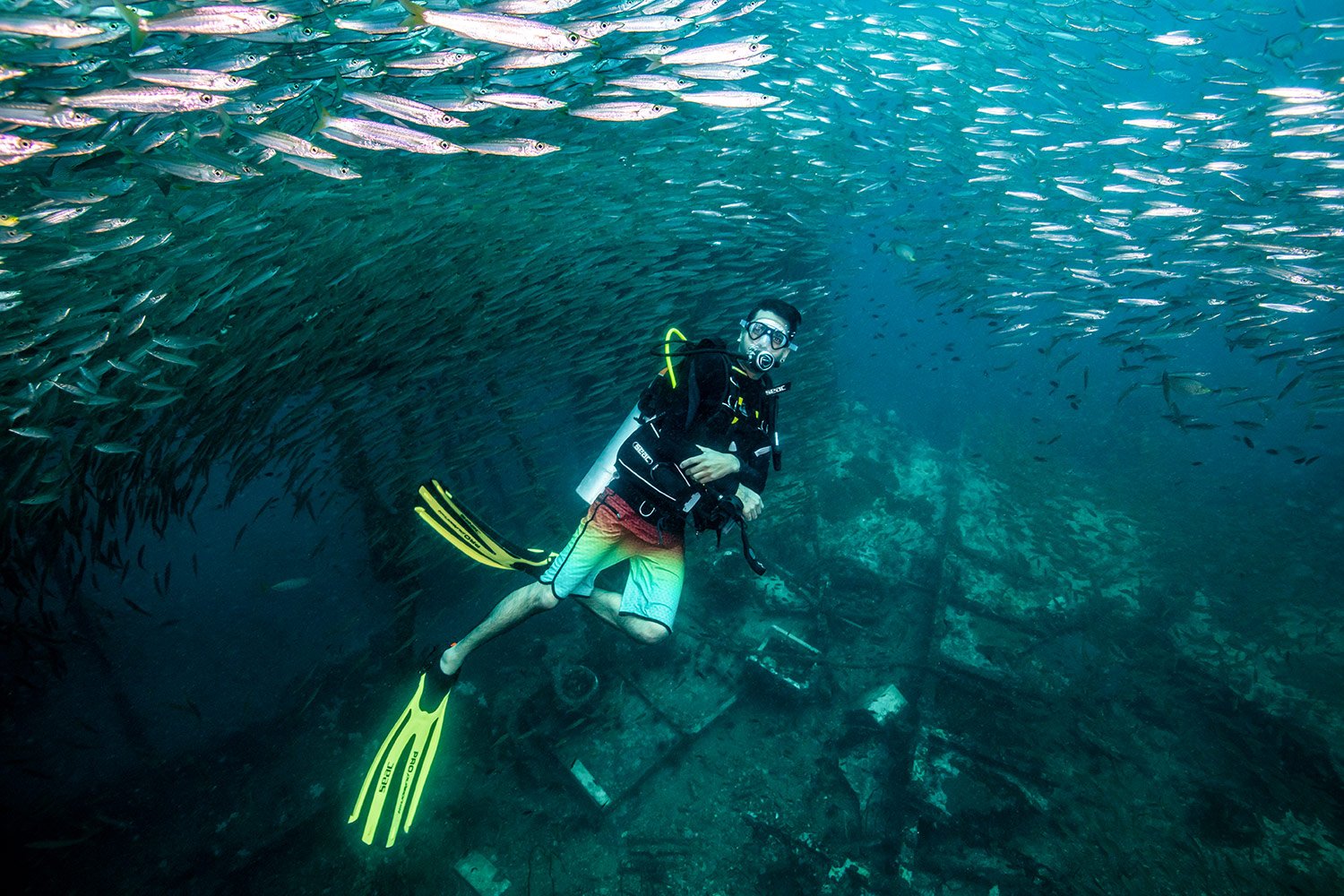 If the Phuket dive scene had been previously lacking in anything, it was a decent shipwreck for divers to explore. This unplanned addition to Anemone Reef has become one of the most popular dive sites around Phuket. With its width of 25 metres, multiple decks and spacious open areas the King Cruiser wreck is providing sheltered living quarters for large numbers of fish and crabs. The wrecks location near to Shark Point has undoubtedly has much to do with its soaring fish population, and the older and more broken up the wreck becomes the more fish it attracts. Over time, this will become an even better dive site as the wreck becomes more encrusted with a variety of colourful corals. It seems strange that the fish prefer to live in a rusting metal hulk rather than the natural sanctuaries of Anemone Reef and Shark Point but it makes for a great dive location!

Read more
Scuba Diving
Join our newsletter
Get updates on various courses and trips we offer at Sirolodive.com by subscribing to our weekly newsletter